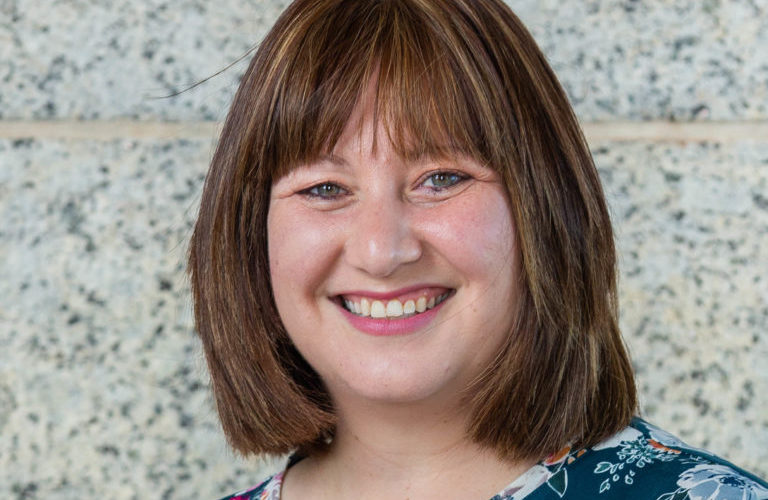 At the end of our Parasha, after a long list of rules and commandments, the Torah returns to the historical story of the Torah giving. It is in this segment that the famous quote “Na’aseh Venishma” is declared by the people of Israel, a seemingly inseparable part of the awesome stand of Har Sinai. Yet the Torah decides to push it off until after the entire Parsha of Mishpatim. Perhaps this is because we are meant to differentiate between the two parts.

Taking a closer look at the Psukim in the previous Parsha, Yitro, we see that a key word is yored, going down. Hashem goes down to Har Sinai, Moshe goes down to the people. This term repeats itself four times. Not only that, but there is even a severe warning – you must not go up! Hashem comes to us, not us to him.

However, in our Parsha, describing the very same event, we see the opposite – Hashem says go up, several times! Not just Moshe, but Aharon, his sons, and the Elders as well. Why the difference?

Rav Zvi Yehuda Kook explains that receiving the Torah consists of two parts: A. Hashem comes down to us, and as a result – B. We as a people rise upward. These are two different states of mind, two separate phases in life. All humans go through the stage of childhood, where mainly we are taken care of, other people come down to us. But then, at some point, we are expected to grow up, to mature, to think for ourselves and to take responsibility. The perfection of the Torah lies in the expression of both sides – childhood and adulthood.

The Torah builds our maturity, our adulthood. It calls us to rise. A perfect example of this comes at the very beginning of our Parsha. A slave is automatically set free after 7 years. If he wants to remain in slavery – he can do so, though it is clear the Torah is unhappy with this choice. Don’t stay a child, it seems to call out, don’t stay in your comfort zone, where someone is always providing you with necessities. Grow up! Take responsibility!

Hashem is telling us not to be satisfied with Parashat Yitro alone. Many of the Psukim presented in our Parasha form the basis to what is probably the most learned Talmud Seder – Seder Nezikin. It is here we find the laws of property damages, personal damages, loans, and many more aspects of what we would today call the “legal field”. Rav Shimon Shkop teaches us that it is not without reason that this field is taken so seriously, having been studied at such broad and deep levels throughout the history of Oral Torah. He teaches that it is in this field that Hashem’s expectations from us to take part in creating the Torah are most obvious. So much of “Dinei Mamonot” (financial laws) are based on logical theory, human insight, svara. Only a tiny portion of all the laws is actually written in the Torah. Without human development of the field – It barely exists. Hashem gives us the base, the starting points, but then expects us to grow, think and develop the Torah ourselves.

The duality is crucial. We are not meant to make it up from scratch, that would be worshiping ourselves, rather than Hashem. We are put in the right direction, like a child, and required to take the reins from there.

This duality in our receiving of the Torah is implemented in our lives today as well. Every Shabbat, when we take out the Torah and read from it – we are all expected to do nothing but stand and listen. Grown-ups and children alike, we are silent, taking in the Torah in the exact form that was given on Har Sinai. So much so, that if the reader mispronounces a word – he must re-read it, and if we’re uncertain of the correctness of the way a letter is written – the Halacha is that we ask a child to read the letter and determine for us, without getting clever. It is a mini-Har Sinai every week.

But of course, that’s not how Torah is always learned. When we learn Torah in Yeshiva, Midrasha, Shul or school – we are active! We argue, ask, resolve, discuss and conclude. Rabbis want their students to think of what they themselves haven’t, to exceed and even surpass them. Sometimes, we are to learn Torah like children, and sometimes – like independent, creative adults. At times passive, and at times pro-active and innovative. With this combination, we join forces with Hashem in creating the timeless Torah, and giving it life, through Am Yisrael. That is the bond and the pact we share with Hashem in our very special Parsha.

It seems fitting that this the week Bnei Akiva are running their opening Tochniyot. Our incredible team of Maddies have grown as children in the movement, received so much from their Madrichim, and now are ready to give back to our children. They have taken responsibility, are as dedicated as they come and make us proud as the torch-carriers of our time, passing on Jewish Zionist life down to the next generation.

We wish them all a tremendous Yashar Koach, good luck, and on behalf of Ayelet, Gali and me – Shabbat Shalom to you all 😊

We are going to build a wonderful Shul and we’d love you to be a part of it. Please donate via our donation page and let us know that the donation is for the purpose of the rebuild.
We use cookies on our website to give you the most relevant experience by remembering your preferences and repeat visits. By clicking “Accept All”, you consent to the use of ALL the cookies. However, you may visit "Cookie Settings" to provide a controlled consent.
Cookie SettingsAccept All
Manage consent

This website uses cookies to improve your experience while you navigate through the website. Out of these, the cookies that are categorized as necessary are stored on your browser as they are essential for the working of basic functionalities of the website. We also use third-party cookies that help us analyze and understand how you use this website. These cookies will be stored in your browser only with your consent. You also have the option to opt-out of these cookies. But opting out of some of these cookies may affect your browsing experience.
Necessary Always Enabled
Necessary cookies are absolutely essential for the website to function properly. These cookies ensure basic functionalities and security features of the website, anonymously.
Functional
Functional cookies help to perform certain functionalities like sharing the content of the website on social media platforms, collect feedbacks, and other third-party features.
Performance
Performance cookies are used to understand and analyze the key performance indexes of the website which helps in delivering a better user experience for the visitors.
Analytics
Analytical cookies are used to understand how visitors interact with the website. These cookies help provide information on metrics the number of visitors, bounce rate, traffic source, etc.
Advertisement
Advertisement cookies are used to provide visitors with relevant ads and marketing campaigns. These cookies track visitors across websites and collect information to provide customized ads.
Others
Other uncategorized cookies are those that are being analyzed and have not been classified into a category as yet.
SAVE & ACCEPT
COMPETITION RULES: